When teams and leaders collide

Why is it that when some companies and sports teams have a great leader and a brilliant team they still seem to under achieve? 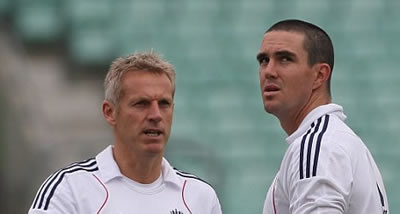 Misaligned leaders and teams can have a very negative effect on success, as shown by the England cricket team.

I was recently talking to an executive from a business that has exceptional recruitment.  They are renowned for attracting and recruiting some of the brightest minds in their field.  Their leaders are highly skilled and many have graduated from the best business schools.

During our conversation it became apparent that matching great leaders to already successful teams doesn’t always lead to instant success, in fact all too often team performance dropped as a new, highly competent leader was appointed.  The issue here is one of alignment.  Leaders come in different flavours – visionary, strategic, entrepreneurial, consensual, pastoral, motivational, as well as those brought in to turn around a crisis, the re-engineering leader.

Teams also have their own unique culture, often inherited from their previous leader.  This determines expectations, working practices and morale.  As one leader goes their shadow remains.  As the new leader casts a different shadow the team and leader are not aligned, even though all concerned are high performers in their own right.

The best way to protect against this is to get the team and the new leader away from the frontline for a couple of days to get to know one another.  As the team spend time together trust builds and expectations become clear.  Corporate team building often takes place several months after a new leader arrives but our experience suggests that the sooner the incoming manager can host an away day or teambuild then the sooner the team will align with his or her style and perform at their best.

Can't find what you want?